Living in the North State

Shasta County is known as “California’s Natural Gateway” for its easy access to hundreds of miles of parkland, seven National Forests, eight National and State Parks, and hundreds of miles of trails for hiking, biking and pure pleasure. There are more than 200 miles of hiking trails, including the 17.4-mile Sacramento River National Recreation Trail that runs from downtown Redding’s famous Sundial Bridge (designed by legendary architect Santiago Calatrava) to Shasta Dam, which offers free tours daily.

With so much nature surrounding the city, it’s no surprise that some of the area’s most popular activities include camping, horseback riding, mountain climbing, and ATV riding. Within 30 minutes of Skyview are Shasta Lake, California’s largest reservoir, and third-largest body of water. The lake’s 30,000 acres are dotted with hundreds of houseboats each summer, and its mountainous and densely forested shoreline is home to wildlife, including bald eagles and black bears. If you’re not up for renting a boat or kayak, you can take a short ride on the lake en route to the Lake Shasta Caverns Natural National Landmark, where you can tour a series of underground limestone caves and tunnels that have been forming for more than 25 million years.

Also within 30 minutes of Skyview is Whiskeytown National Recreation Area which offers a smaller and more placid lake that’s perfect for kayaking, fishing, and birdwatching.  The 39,000 acres of the park that surround the lake contains four impressive waterfalls, such as Brandy Creek Falls and Lower Crystal Creek Falls, which are accessible via hiking trail.

There’s also the 129-foot Burney Falls, located about an hour from Skyview, which was dubbed by President Teddy Roosevelt as “the eighth wonder of the world.”

The North State lifestyle is about having the margin to enjoy what matters most. Getting ahead doesn't have to look like fighting traffic for hours a day, but it could be finally enjoying the life you've always wanted with the people you love the most. 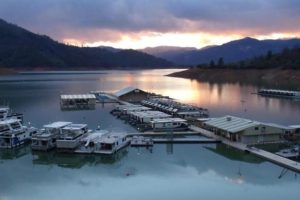 Retirement and aging may mean different things in other places, but in the North State, it means treating yourself to the Golden Triangle of outdoor experiences and natural resources, reasonably priced housing, and access to some of the best medical facilities in the region. Undoubtedly, there will be little ones itching to visit grandma and grandpa in their new oasis. 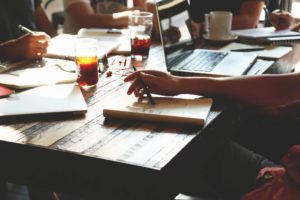 Remote work enables thousands in the North State to soak in the lifestyle they want while not having to choose between professional advancement and location. Coffeeshops, breweries, co-working spaces, and restaurants tout free wifi for patrons all over the North State for those seeking a work-life balance while living in a slice of heaven.

Northern California is an unmatched experience. Press the contact button below or call (530) SKY-VIEW and a representative will respond shortly if you want to learn more about Skyview Estates. We look forward to helping you find the right home for your family!